Monday 20th March brought the Annual Meeting for Crowlas and Ludgvan WI. Annual reports were distributed to members and a new President was elected. Outgoing President Helen Kestle, who has served for the past three years,  handed over to Alison Latham who was chosen by members in a secret ballot. Committee roles were duly filled with the following offices being filled: Vice Presidents – Kathleen Merrett, Pat Gloyn, Secretary – Shirley Battle, Treasurer – Diane Curnow. 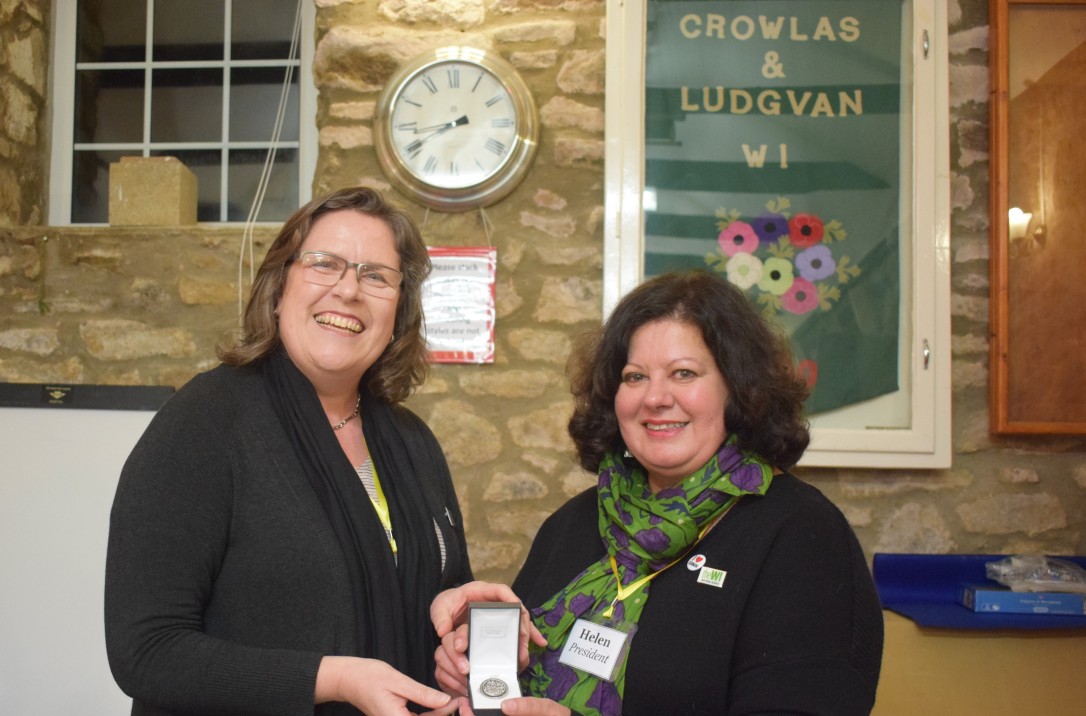