Our Blue Badge guide led us on a wonderful walk, following old mine tramways and cart paths and through several ruined engine houses and other mining buildings.

The sky was blue and the sun was out, but we were quite high up and the wind was very cold at times. Thankfully, Mary managed to conjure up three extra coats from her car, so we were saved!

We started at the Great Flat Lode, which spans the bottom of Carn Brea, and learned about the geological changes which gave rise to this area’s rich veins of tin and copper.

We learned about the Basset family, who owned the mineral rights to the Lode. Francis Basset was at one time the fifth richest man in Britain, and the monument atop Carn Brea was erected in his honour.

The finances behind the mines was fascinating – from the mineral owners to the adventurers, right down to the miners themselves, who actually had to bid and pay to work. 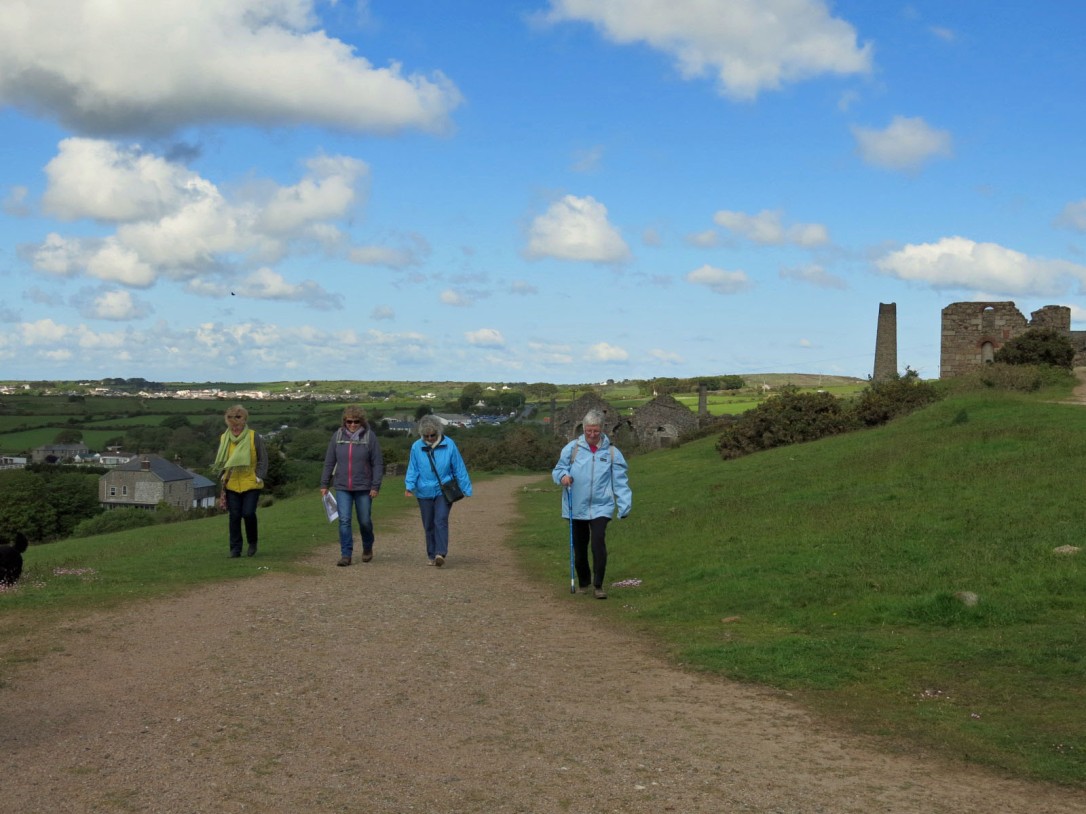 We saw ruins of the managers’ quarters, including their private bath! A nice perk of the job! We also saw a larger communal bath for the miners in their ‘Dry’. 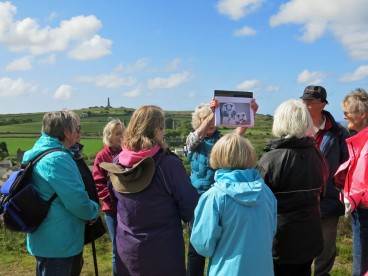 Our guide told us about the various jobs in the mining industry, including heavy surface work for the bal maidens and for children as young as six and seven. We stood on the cobbled floor the bal maidens used for breaking up ore with hammers – the only things missing were our hessian aprons and ‘gooks’ (the white bonnets the bal maidens wore to protect themselves from the elements and from bits of flying rock). 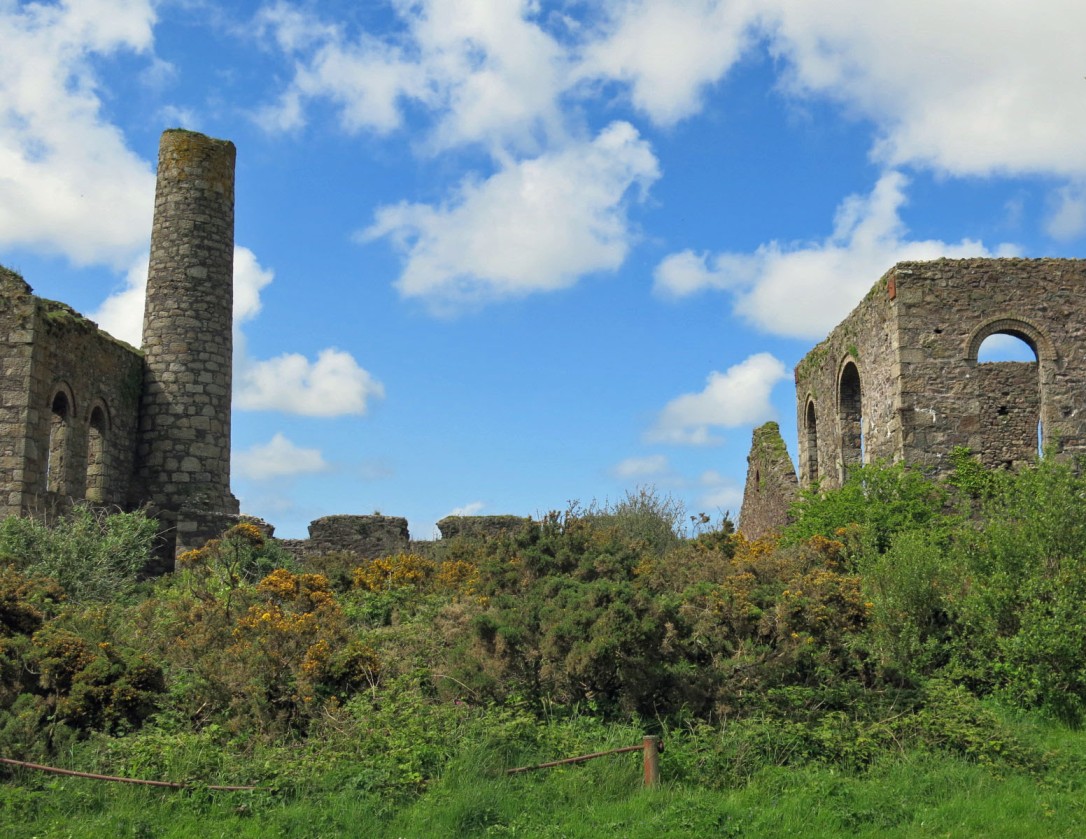 We concluded that as much as we all whinge about our lives, we are very grateful not to be bal maidens!

All in all, it was a lovely walk and a fascinating day!