The WI was formed in 1915 to encourage countrywomen to get involved in growing and preserving food to help to increase the supply of food to the war-torn nation.

Under the auspices of the Agricultural Organisation Society, the first WI in Britain was formed in Llanfair PG, on Anglesey, North Wales, and held its first meeting on 16 Setember 1915.

About 50 women came together to enjoy cream teas, some fun and games and spectacular views over Mount’s Bay.

We also used the opportunity to raise funds for ShelterBox, a Cornwall-based international disaster relief charity that delivers emergency shelter and vital aid to people affected by disaster worldwide. You’ll be pleased to hear that through our donations and raffle proceeds we raised over £350 for ShelterBox!

A very special thank you goes to Pippa Stiwell (Zennor WI) and her husband John for giving us the run of their beautiful home and garden.

As we gear up for Carnival Season and get ready to don our jam pots for the first time this weekend, we thought it might be fun to look at some carnivals from years gone by.

Wendy Allen has sent in this lovely photo of herself and her sister, both looking wonderful! (That’s Wendy on the right.) 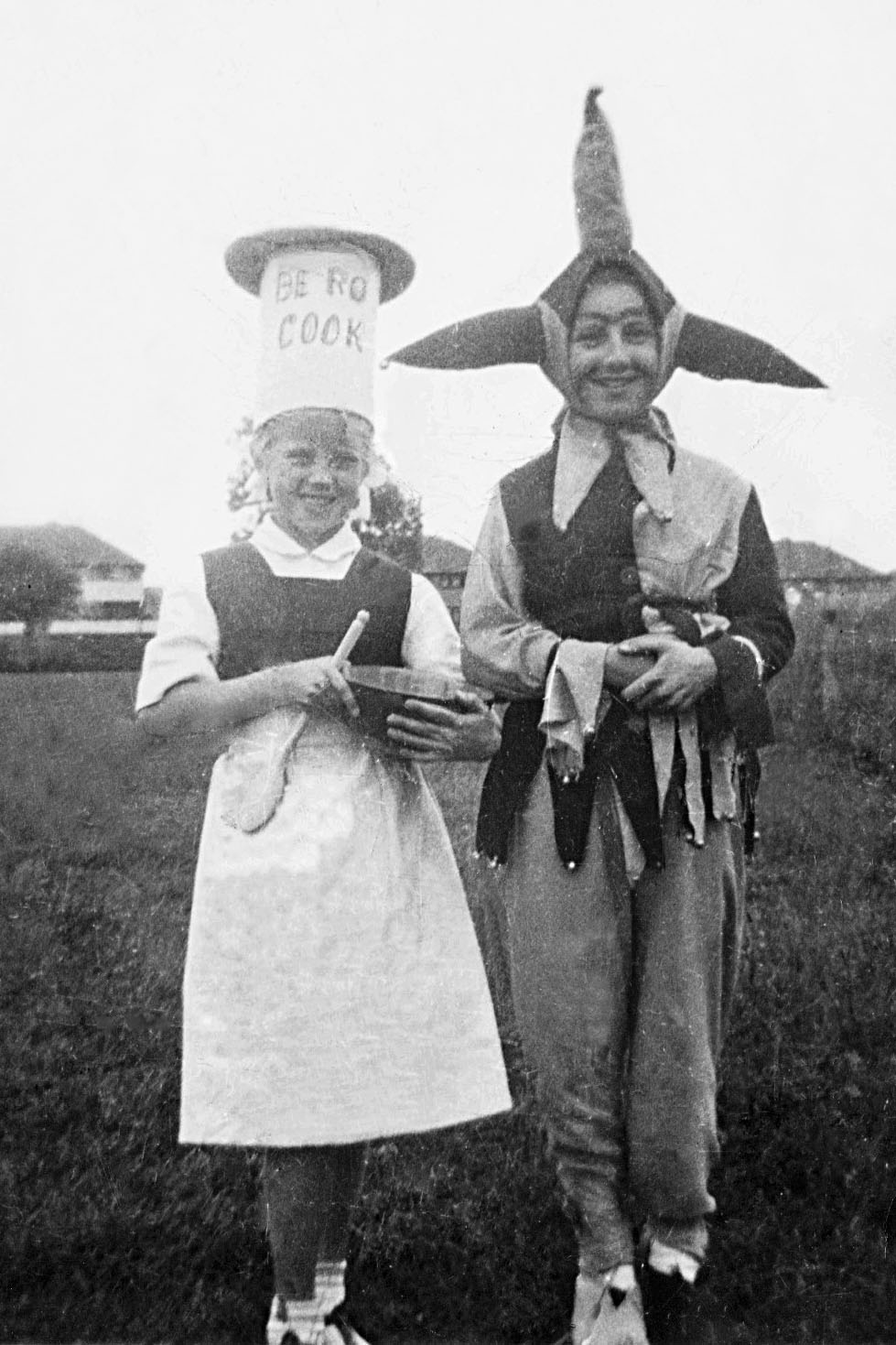 I lived in a small village called Brownsover in Rugby, Warwickshire sandwiched between the River Avon and the Oxford Canal. Brownsover was where the jet engine was conceived by Sir Frank Whittle. Like most villages we had a carnival each year but I cannot remember parading through the streets. There was only one main street and five more branching off it and we congregated in a field near the canal. My father made the headgear for my costume. We had two enormous cart horses, Captain and Colonel, in the field they looked magnificent in their finery. The main Rugby town carnival was fabulous in the early days and the magnificent floats seem to go on forever.

Helen Kestle also remembers dressing up and joining the parade on a float at the Blue Heron Fair in Barrhead, Albert, Canada. This particular year, the theme was The British Isles:

We represented our local Brownie Troop and I’m dressed in a very slapdash Welsh lady costume. I remember my mother made the hat from a Corn Flakes box! My friend Belinda (who was from Liverpool) is looking much smarter in a lovely Beefeater outfit. Scotland and Ireland are down the other end of the float, out of camera range. 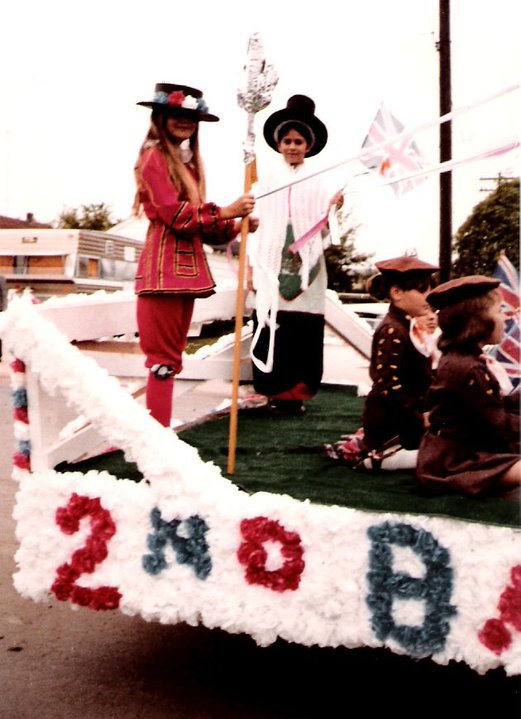 Do you have any old carnival photos you’d like to share? If so, send them to us on crowlasludgvanwi@gmail.com.

And keep your fingers crossed for a dry Sunday for Marazion Carnival!

The first stroke of eleven produced a magical effect.

The tram cars glided into stillness, motors ceased to cough and fume, and stopped dead, and the mighty-limbed dray horses hunched back upon their loads and stopped also, seeming to do it of their own volition.

Someone took off his hat, and with a nervous hesitancy the rest of the men bowed their heads also. Here and there an old soldier could be detected slipping unconsciously into the posture of ‘attention’. An elderly woman, not far away, wiped her eyes, and the man beside her looked white and stern. Everyone stood very still … The hush deepened. It had spread over the whole city and become so pronounced as to impress one with a sense of audibility. It was a silence which was almost pain … And the spirit of memory brooded over it all. 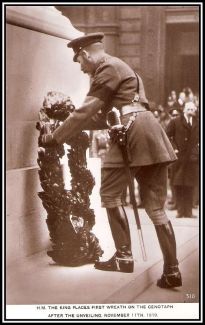 That was how the Manchester Guardian reported the first ever Two Minute Silence which took place in London at 11am on 11 November 1919.

This year, there has been a very special commemoration of the centenary of the outbreak of World War I at the Tower of London.

An evolving art installation titled Blood Swept Lands and Seas of Red has been on display since the summer. Created by ceramic artist Paul Cummins, 888,246 ceramic poppies have progressively filled the Tower’s famous moat, with each poppy representing a British military fatality during the war.

The final poppy will be ‘planted’ on 11 November.

The poppy has been used since 1920 to commemorate soldiers who have died in war. Inspired by the World War I poem In Flanders Fields, they were first used by the American Legion to commemorate American soldiers who died in the war. They were then adopted by military veterans’ groups in the United Kingdom, Canada, Australia and New Zealand.

The video below, from 1941, shows a factory where injured men from both the First and Second World Wars were working to make poppies. 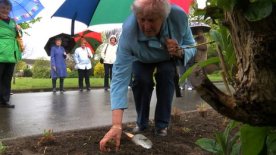 Nowadays, the WI gets involved in all sorts of ways as well. This year, members of the First Tower and Millbrook Women’s Institute in Jersey have sowed poppy seeds as part of a social media campaign to mark the First World War.

Joan Cadoret, of the First Tower and Millbrook WI, said “It’s 100 years since the Great war and over the next four years we hope to commemorate that. It was such a horrendous time.”

Other WIs have created their own crafted poppies to help with the Poppy Appeal. Kingston knitted their poppies for the British Legion while Felsted WI made theirs from balloons and Pinner WI is creating a wreath made of their own knitted poppies.

Bestwood Village WI members got together to crochet poppies as part of BBC Radio Nottingham’s Big Poppy Knit Exhibition where  over 66,000 poppies were on show representing each of the 11,000 Nottinghamshire men that fell in the Great War.

In Flanders fields the poppies blow
Between the crosses, row on row,
That mark our place; and in the sky
The larks, still bravely singing, fly
Scarce heard amid the guns below.

We are the Dead. Short days ago
We lived, felt dawn, saw sunset glow,
Loved and were loved, and now we lie
In Flanders fields.

Take up our quarrel with the foe:
To you from failing hands we throw
The torch; be yours to hold it high.
If ye break faith with us who die
We shall not sleep, though poppies grow
In Flanders fields. 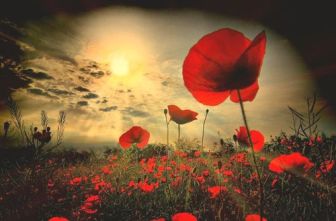 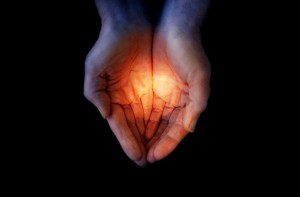 To mark the centenary of the outbreak of the First World War, everyone in the UK is invited to take part in LIGHTS OUT by turning off their lights from 10pm to 11pm on Monday 4 August, leaving on a single light or candle for a shared moment of reflection. That single light could be the light from your television or laptop or mobile phone if you’d like to follow what’s happening around the country. Or a light placed in a window to show your participation to people passing by.

“The lamps are going out all over Europe; we shall not see them lit again in our lifetime”
~ Sir Edward Grey, British Foreign Secretary, August 1914

People can take part in whatever way they choose, either individually or by attending one of the many events being organised around the country for a collective experience. 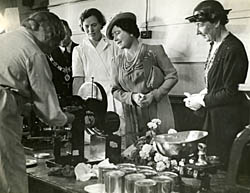 At last Wednesday’s Spring Countdown, we were treated to a talk by author Julie Summers who has written Jambusters: The Story of the Women’s Institute in the Second World War.

Julie mentioned one source of W.I. photos which she encountered while researching her book, the Mary Evans Picture Library. Mary Evans, an avid collector of old books and photographs, established the library in the 1960s and now, in the digital age, many of the library’s collections are available online, including a great assortment of photos of the W.I.

Because the library licenses images for commercial purposes, all of the images are watermarked to prevent illegal usage. However, you can still have a browse and look at the collection. I’m particularly partial to the photo of the 1950s basket-making class. Plus ça change!

While sorting through a box of old W.I. papers, I came across this little programme from Ludgvan W.I.’s 1968-69 year. 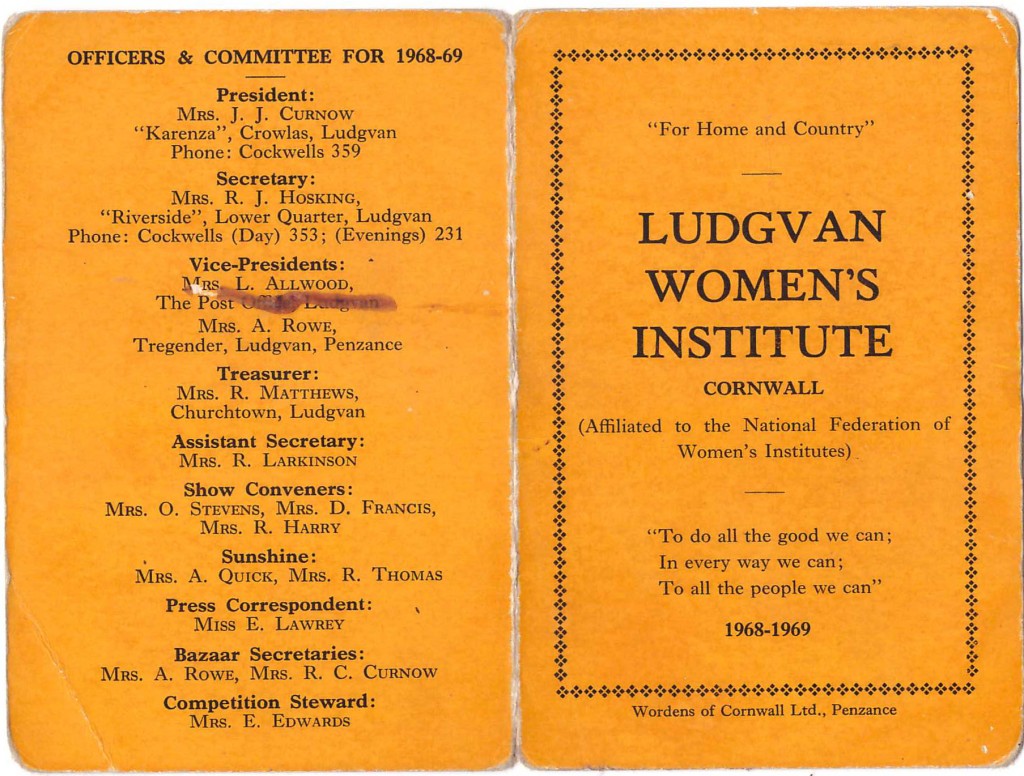 Do you remember any of the ladies on the committee? 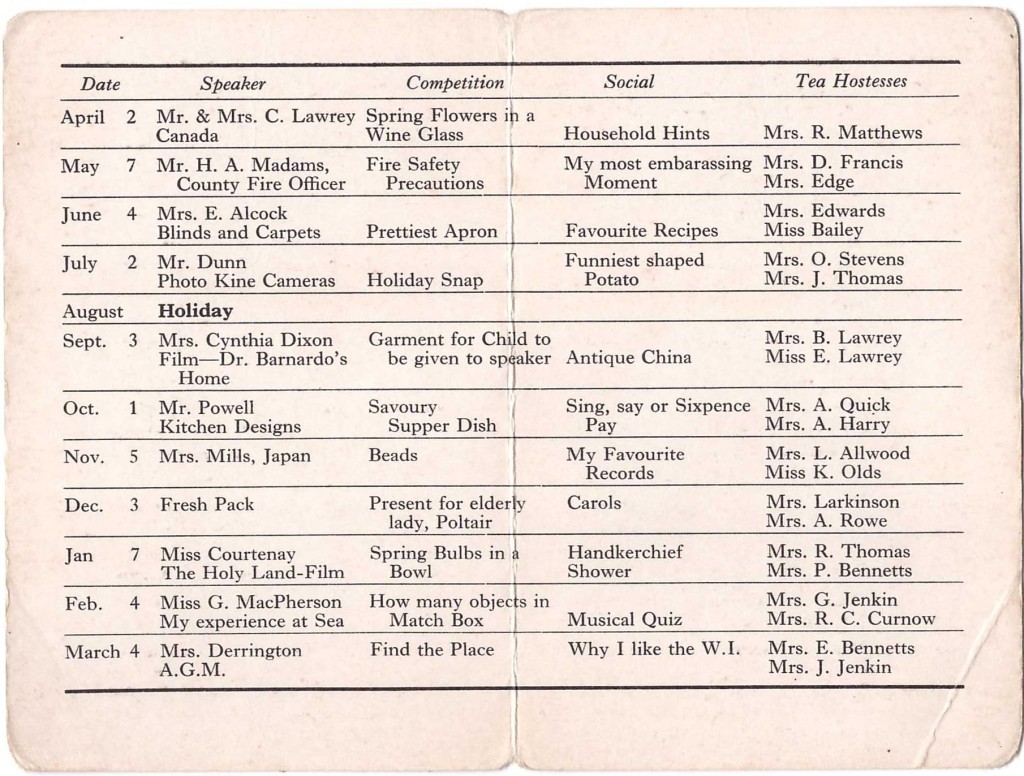 And what about bringing back the ‘Funniest shaped potato’ competition!? 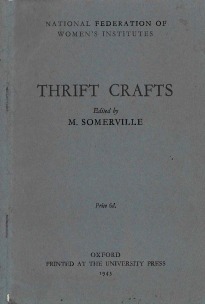 In 1941, the NFWI published a booklet entitled Thrift Crafts. This little document was designed to offer women advice on how to put household ‘waste’ to use. It says:

There is apparently nothing in our homes that cannot, with patience and industry, become something else when its original purpose has been served.

That advice is as good today as it was 70 years ago.

However, not all the information contained in Thrift Crafts is particularly useful to today’s woman. I’m sure not many of us will be interested, for instance, in skinning our own rabbit in order to make a fur collar! But it does make for entertaining, if somewhat gruesome, reading.

In the end, though, the WI is right:

Thrift is an attitude of mind towards the whole of life, a point of view which stimulates, while it control, activity. The thrifty spirit is frequently twin sister to the warm-hearted ‘giving’ spirit. Wasteful people find their generous impulses checked because their resources are frequently at a low ebb. The really thrifty person has always something to give, something to share.

A full copy of Thrift Crafts can be viewed here.